Back in February of 2019, we brought you the first look at the Centennial Series-2 tripod and Highline Ballhead from the Colorado Tripod Company.

Both the Centennial Series-2 and the Highline remain the flagship members of their tripod and ballhead offerings. Still, the folks over at Colorado Tripod Company haven’t just been sitting around twiddling their thumbs over the last year and a half.

As you can imagine, when Colorado Tripod Company got in touch with us about having a first look at the newest release in the Highline family, the Small Highline Ballhead, I couldn’t wait to take the “tweener” version of one of my favorite ballheads for a spin. Not only that, but they included a pre-release sample of their brand new quick release lever clamp as well.

This, dear friends, is the Small Highline Ballhead, complete with a teaser sampling of their brand new quick release lever clamp system. 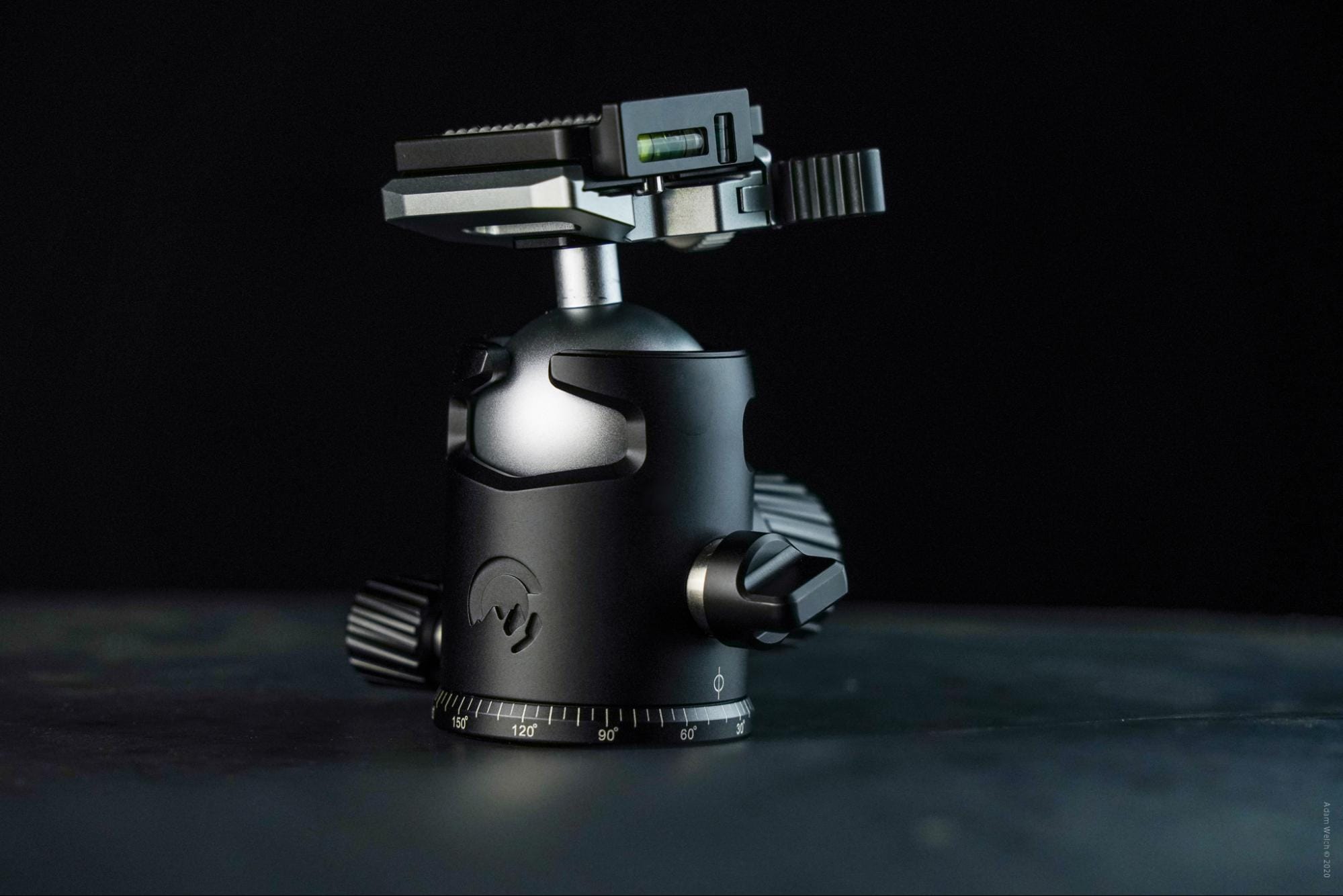 Out of the Box

In my opinion, the Highline-Small is the best-looking ballhead I’ve tested from Colorado Tripod Company, hands down! Granted, I’m a “less is more” kind of guy, but I was digging the aesthetics of the Small Highline as soon as I took it out of it’s (rather impressive) neoprene storage bag. 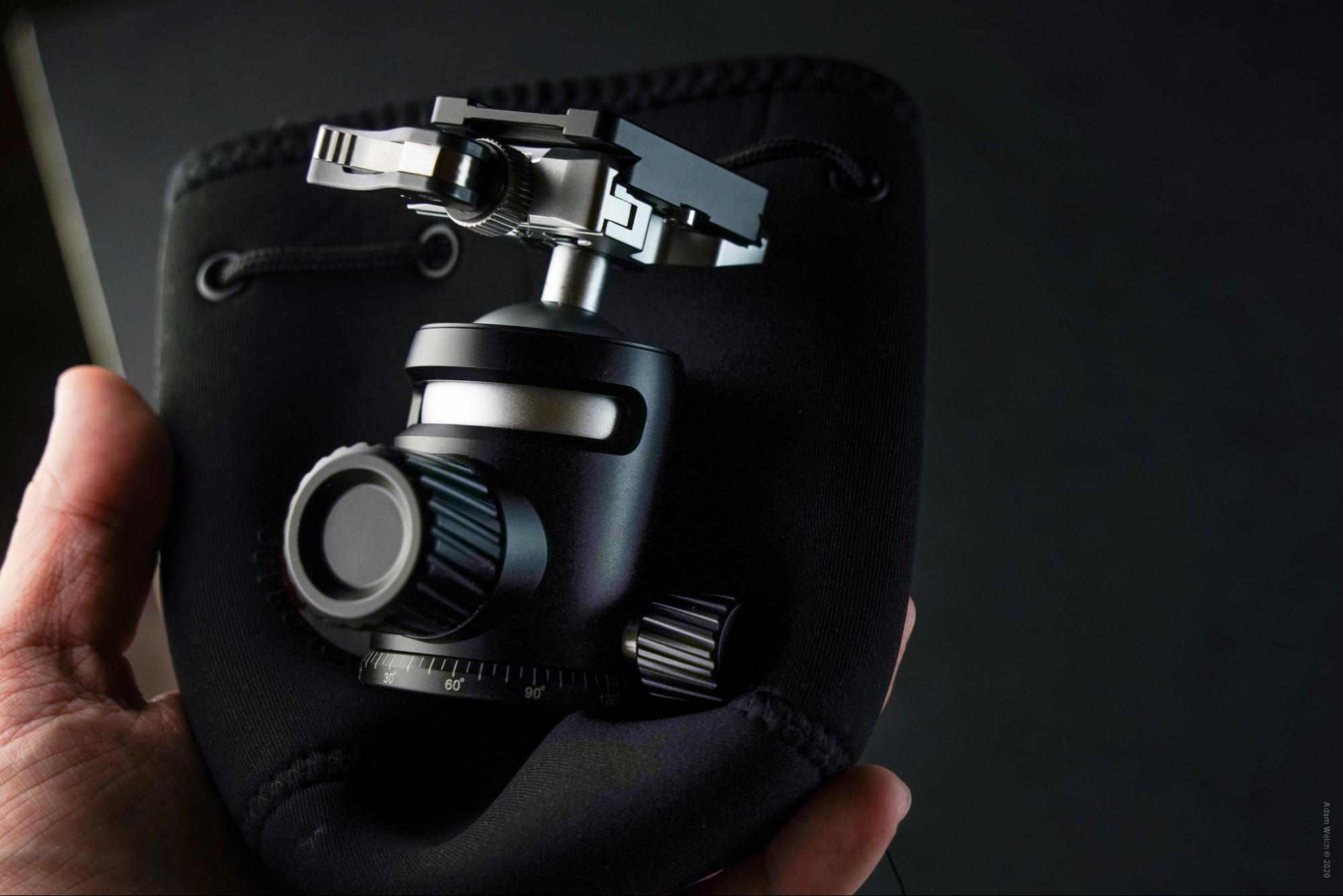 If you saw my previous review and video on the Highline-Mini, you’ll know that the color scheme was one of the only things I didn’t like about that little ballhead. The bright colors just didn’t fit my style. All those thoughts were now banished with the Small Highline, which arrived in a sleek matte black and gunmetal finish. Absolutely gorgeous. Even better, it matched beautifully with the K&F carbon fiber tripod (which we’ve also tested) I chose to mount it on for my tests. 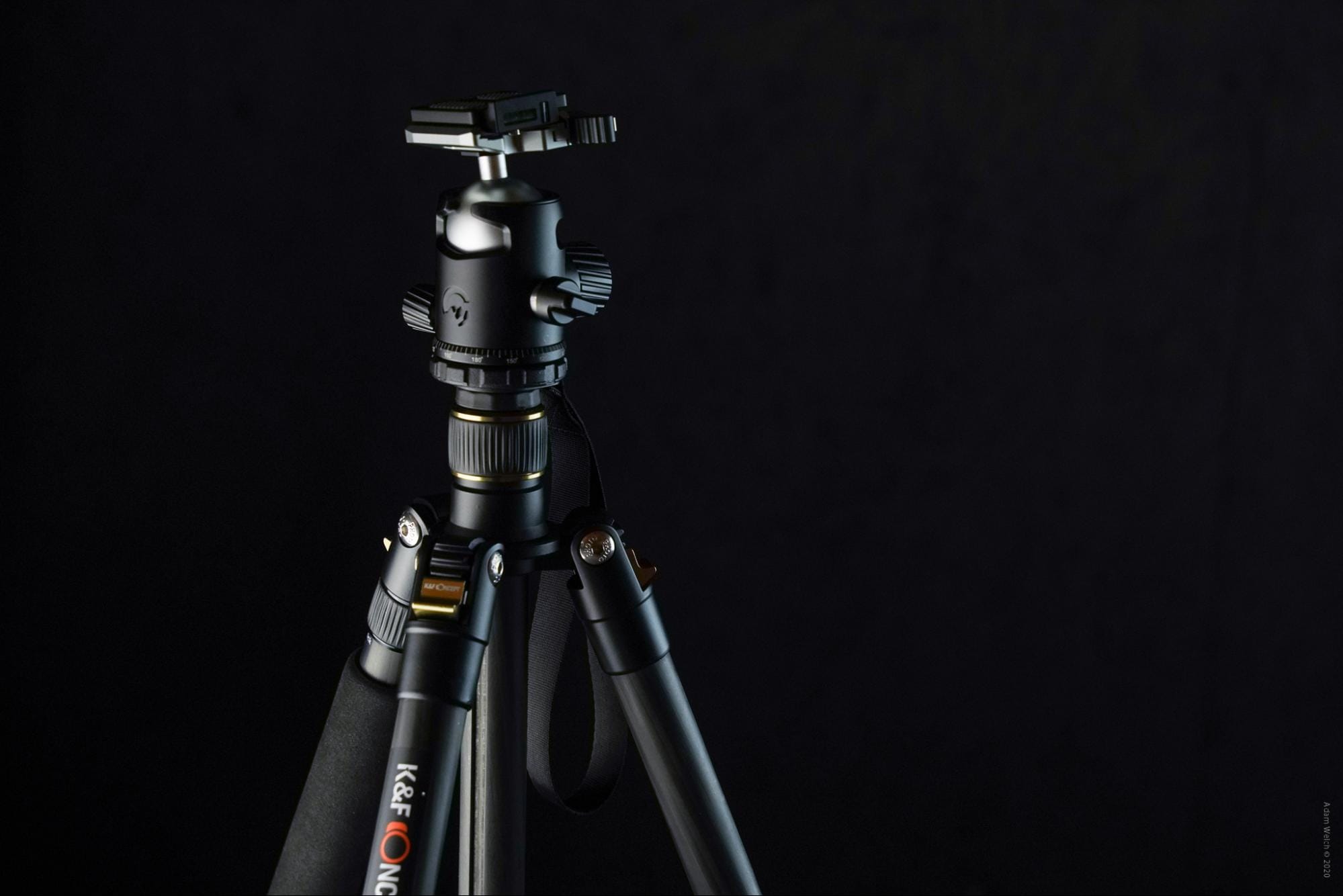 Before I rail on even further about the great looks of the Small Highline, here are some of the specs you’ll want to know about the ballhead.

Aside from its looks (did I mention I like how it looks?), the Highline-Small feels extremely solid in hand. It could be a scaled-down version of the Highline-Medium, and it includes the convenient friction adjustment knob that’s featured on its larger cousin. 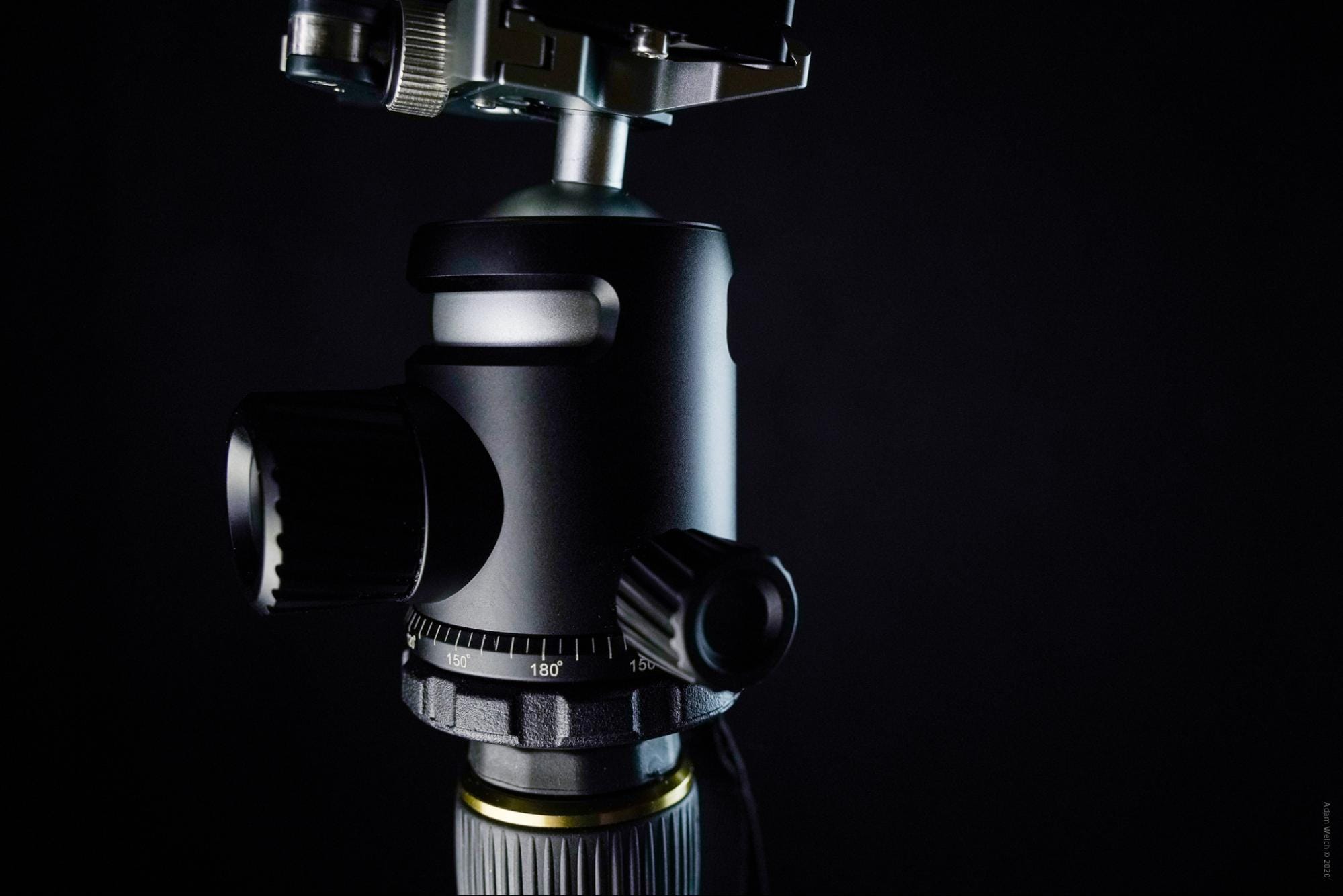 The panning base features laser-etched-not painted-degree markings. The Colorado Tripod Company (COTC) logo is deeply carved into the housing of the head, which, if we’re being honest, blends in perfectly without the dreaded “hey look at me!” effect of some other brands.

Performance and Practical Use

If you’re familiar with my work at all, you’ll know that I take photos with an enormous variety of cameras and processes, both film and digital. My cameras range from large format 5×7 and 4×5 film behemoths to medium format and 35mm film as well as a host of both full-frame and crop-sensor DSLR and mirrorless bodies. So, naturally, I run into issues with shooting a “one size fits all” setup when it comes to my tripods and head support systems. 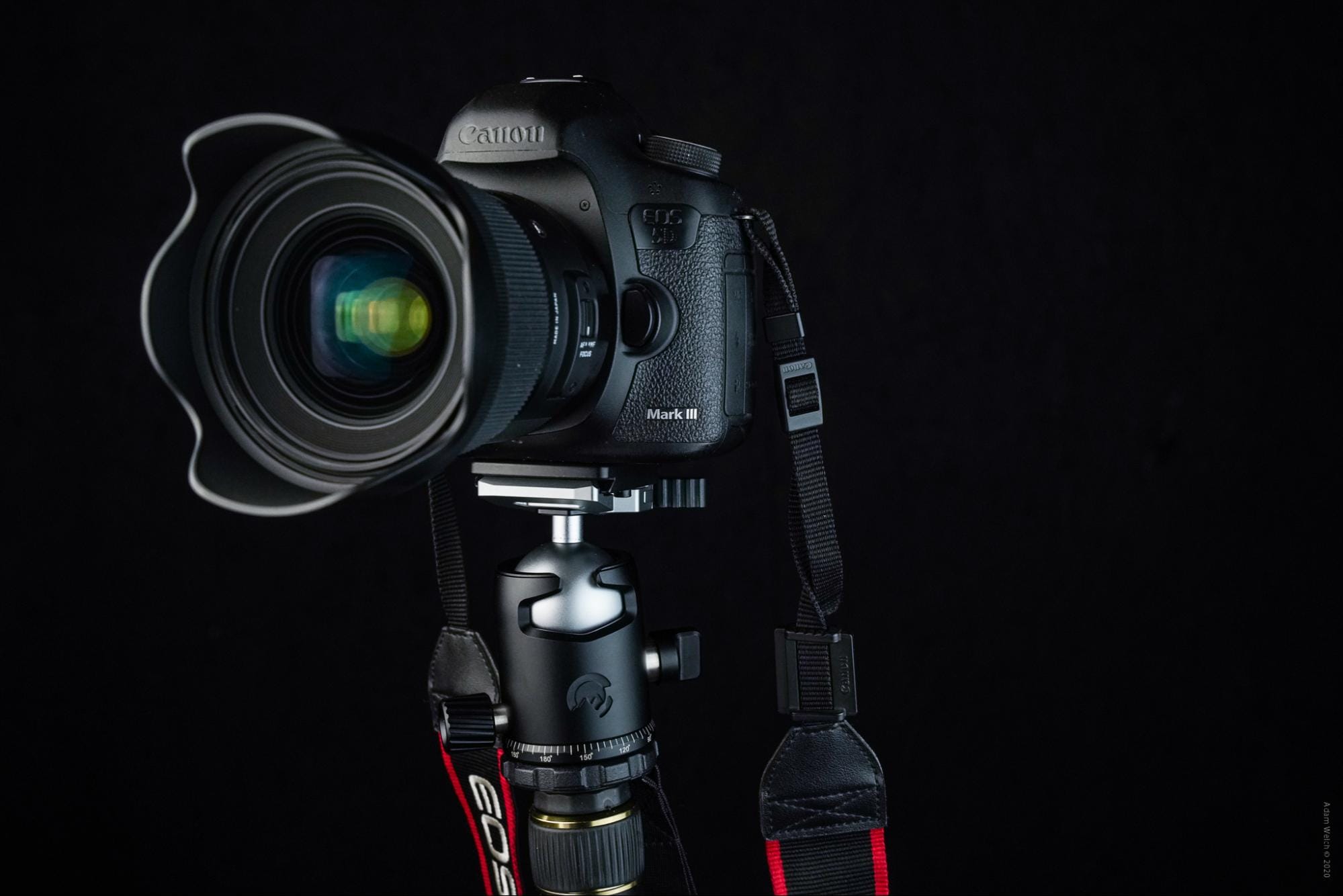 This was a problem that the Highline-Small seemed to meet with brilliant courage. While certainly not a perfect fit for some of my shooting scenarios (looking at you 5×7 Conley), it does strike a superb balance between weight capacity and manageability. It’s much smaller and lighter than the Highline-Medium, and much beefier than the Highline-Mini. It allows me to use it when gear load becomes important but still allows me to support relatively large camera systems. 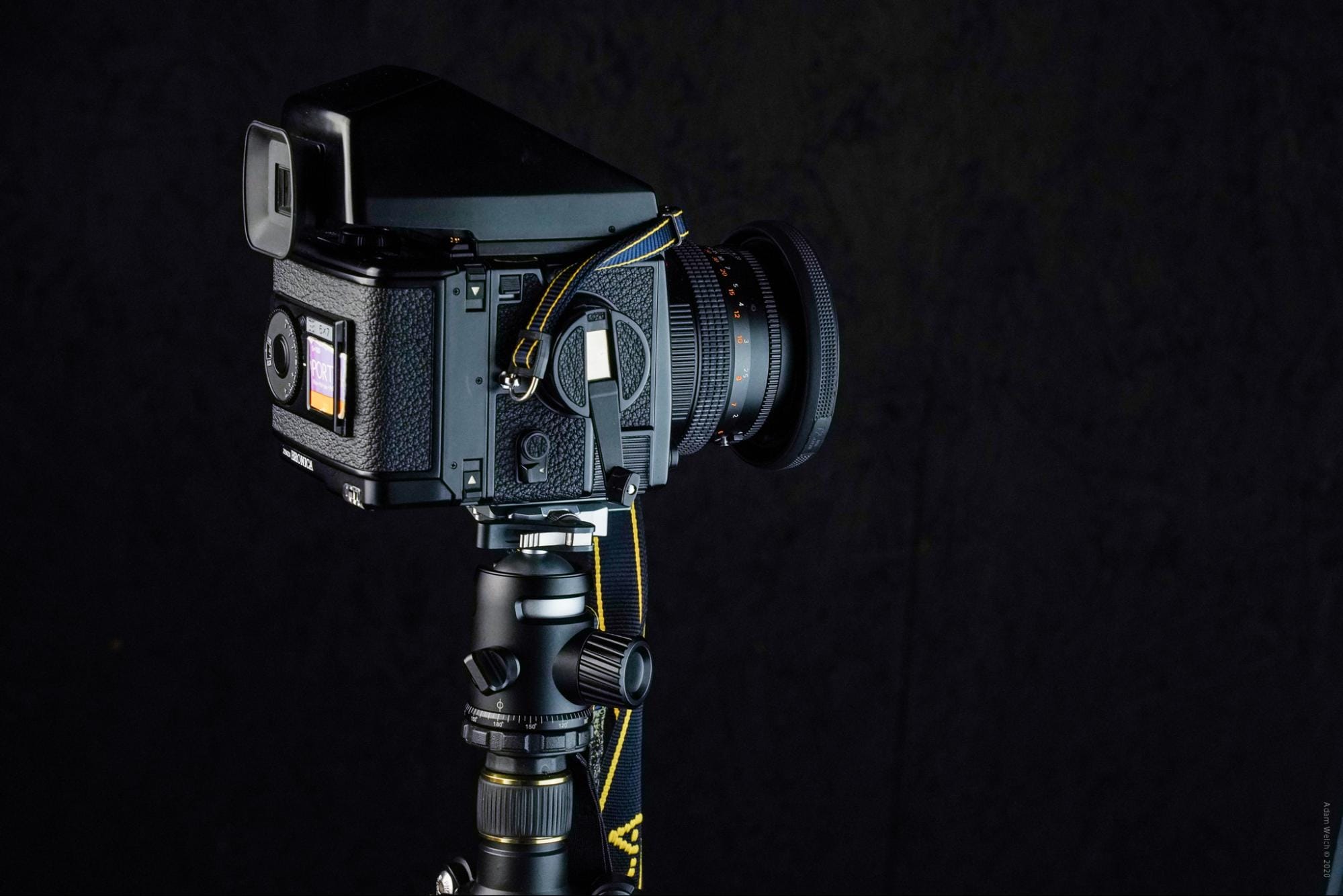 With the Bronica GS-1 6×7 medium format and 150mm F/4 lens, plus an Auto Exposure viewfinder attached. A relatively hefty setup.

During my use of the Highline-Small, I experience zero issues with drift or slippage. This is where the friction adjustment knob truly shines. Depending on the weight of your camera and lens combo, you can adjust the friction impingement of the ballhead so that the camera doesn’t suddenly drop if you take your hand off the body. Even better, the friction lock can be heartily tightened down for long exposure shots, which virtually eliminates camera drift during long exposures.

Not to be left out, I wanted to give you some thoughts on the pre-release version of the COTC lever clamp that was included with my test copy of the Small Highline Ballhead. Of course, as the lever clamp is technically not a production model, there could be some variances in the final version.

The quick release-lever clamp is quite interesting. It seems like a run of the mill quick release, but there are some welcome additions. Namely, the “safety” mechanism. If you look closely at the release lever, you’ll notice the safety. 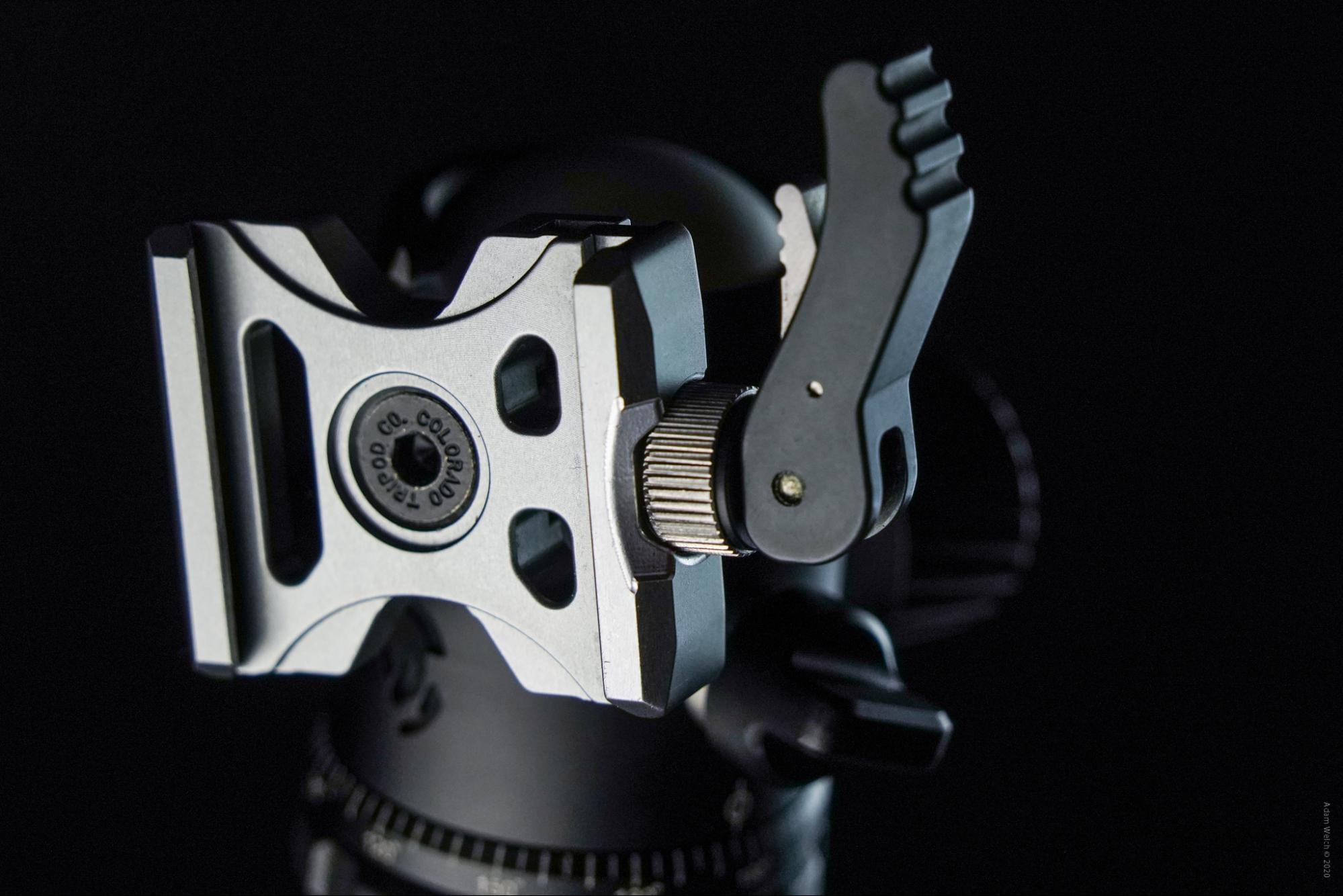 This safety is naturally depressed when you engage the clamp and helps to guard against accidental release of the clamp. However, this is a redundant safeguard as the included base plate features two studs which prevent the plate from sliding completely off the clamp accidentally. 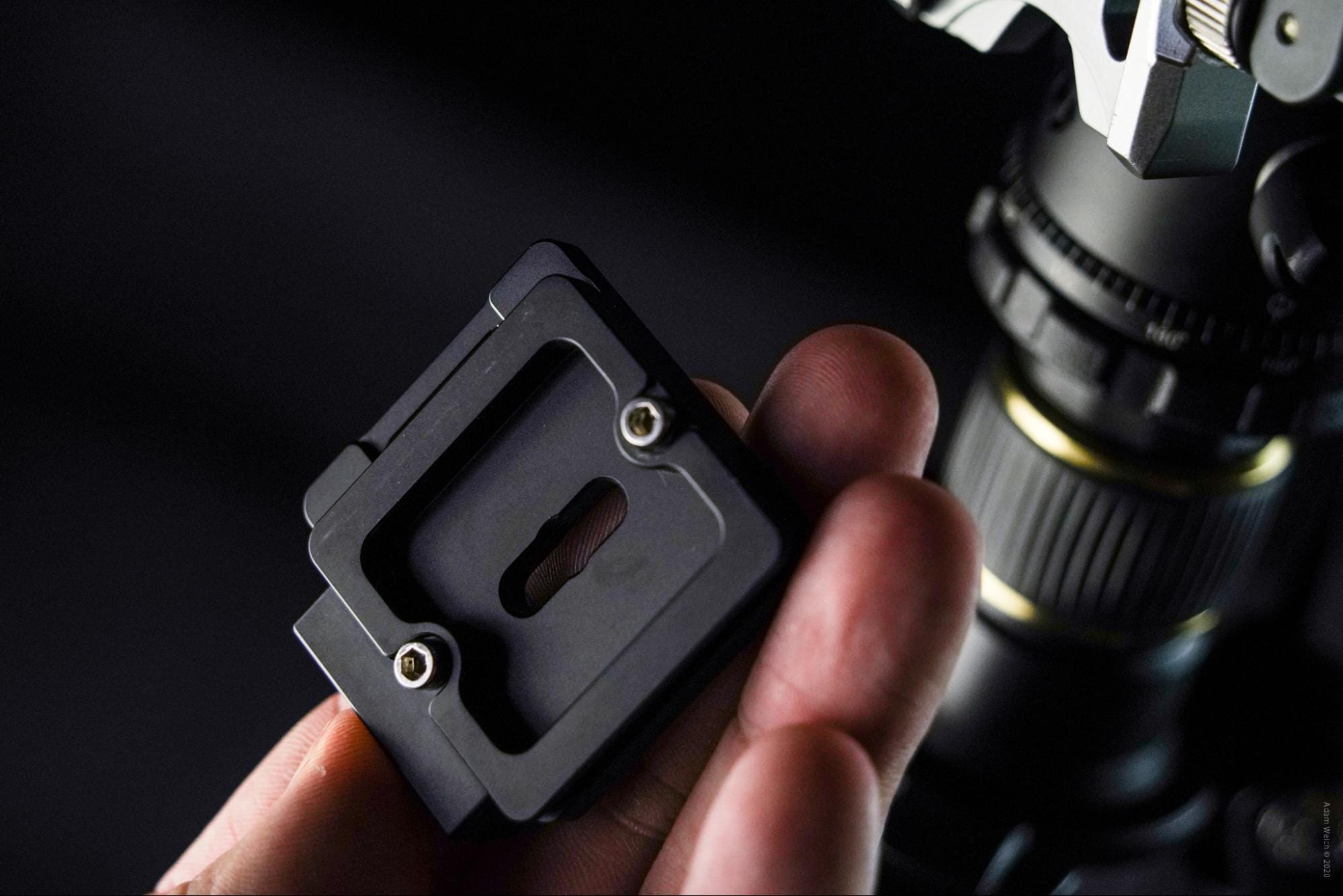 Speaking of plates, you’ll also see that the included COTC plate has incorporated a bubble level, which is nice but might prove difficult to read depending on your camera’s size. 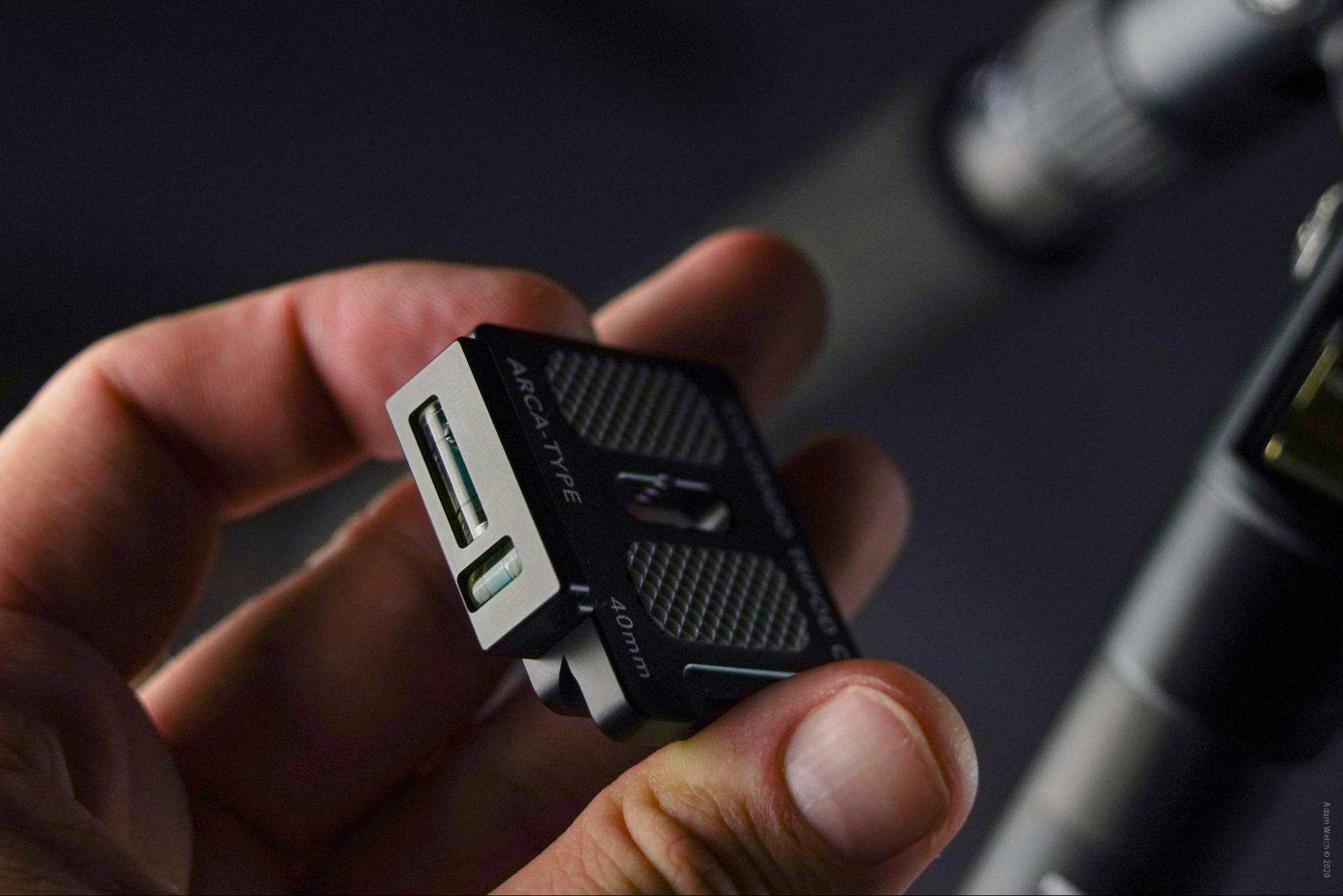 If I was left with one primary impression from the Highline-Small, it’s that it came quite close to being a “jack of all trades” piece of gear.

It’s small enough to not weigh you down during backpacking and trekking while still providing an impressive 50lbs (23kg) load capacity. It might be slightly overkill for a small vlogging setup but could still be used for such. Although I didn’t test it as such, I’ve got a feeling that if you’re a photographer who primarily shoots with a monopod for sports and wildlife, you’ll love the Highline-Small.

Surprisingly enough for its size, this ballhead seemed right at home for studio work as well. As you could see, it had no problem supporting my Bronica GS-1 and even my 4×5 Speed Graphic Pacemaker. 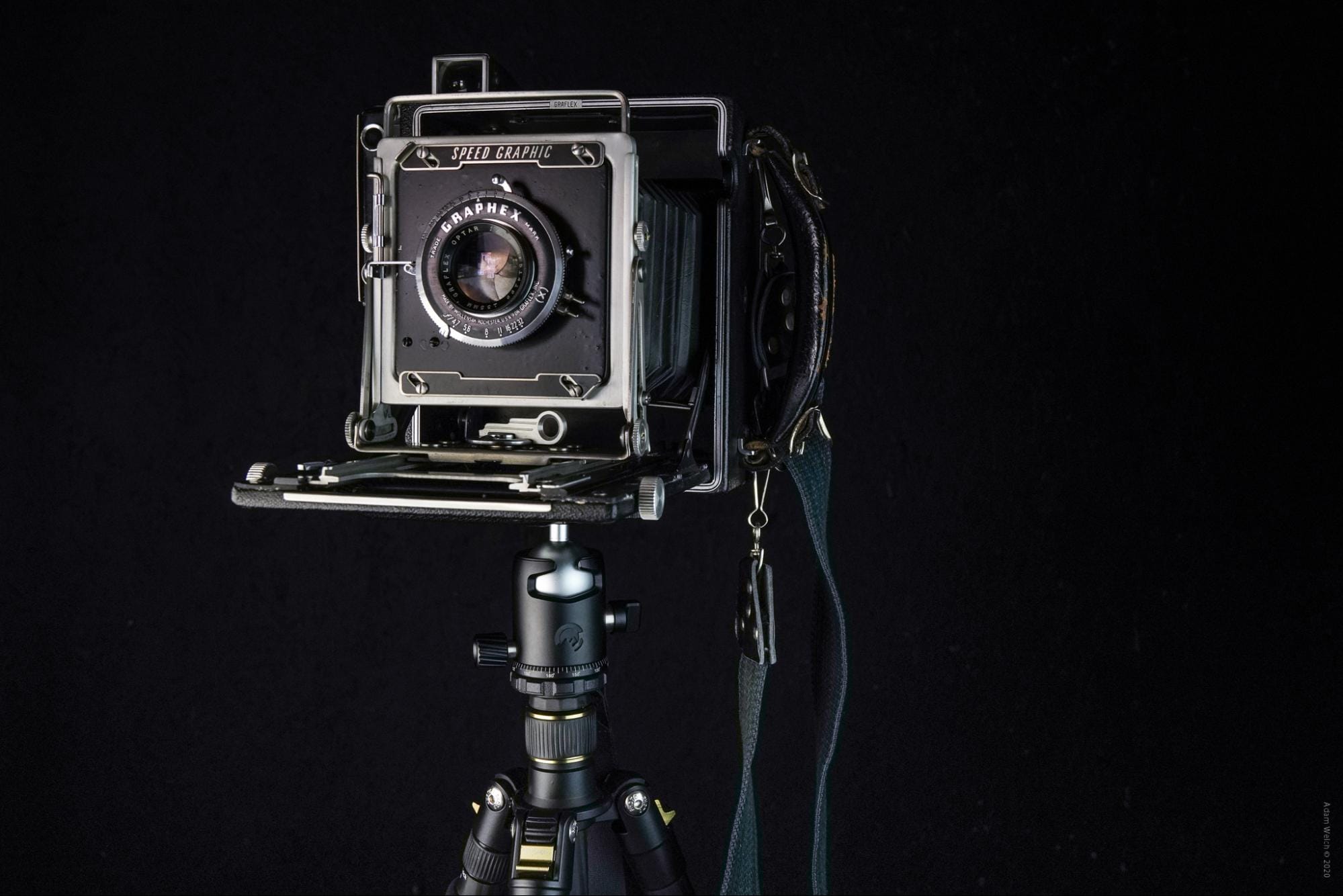 And of course… of course… it looks wonderful and comes in six varieties of color schemes.

Overall, I wasn’t expecting to be so pleased with the Highline-Small. In my experience, “middle of the road” doesn’t always equal the best results in photography, especially when it comes to camera support systems… I’m happy to say that the Small Highline Ballhead seems to have proved me wrong.

You can find the Highline-Small for under $100 on the Colorado Tripod Company website. For about $50 more, you can upgrade to the new quick-release lever clamp once it becomes available.