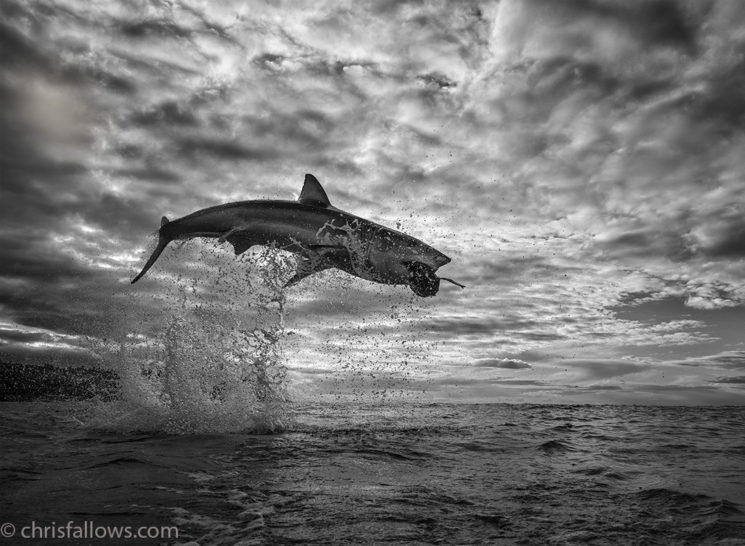 I find sharks a bit scary, but at the same time incredibly fascinating. Wildlife photographer Chris Fallows has depicted this impression of mine in his fantastic photo of a great white shark. In the image that has gone viral shortly after it was published, Chris managed to capture the incredible animal 12 feet in the air. He kindly shared his photo with us, along with some other images that he’s taken.

Chris has titled his image The Pearl, and while it looks like a perfectly captured moment in time, there was a lot of planning involved before the perfect moment came. In fact, the groundwork for the image had been laid years before, when Chris tried to get a super low angle of a breaching great white off a sled he was towed on. “The problem was that the sled was big, 6ftx 5ft, and that distracted the sharks,” Chris tells DIYP. “I needed something smaller and so designed a new tow sled for my gear.” 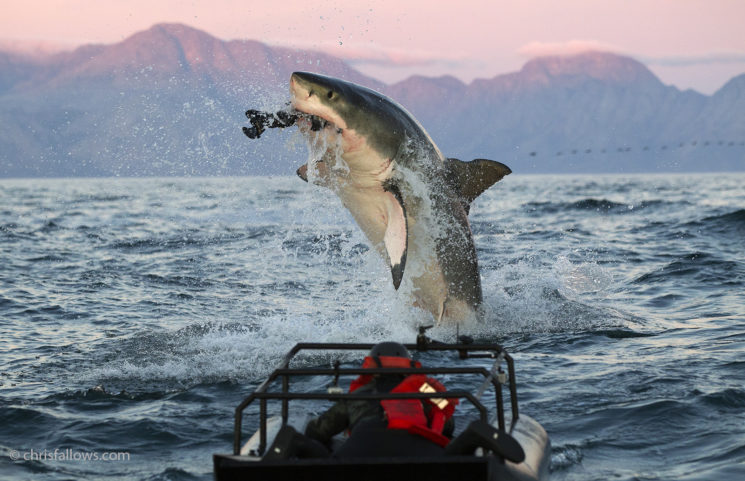 It didn’t come without risk for Chris and his gear. “On the seaward side facing the shark my camera and lens are completely exposed just inches off the ocean,” he explains. Just one big splash or wave would mean “game over.”

“I still feel the surge of adrenaline when I think of that magnificent sight of a breaching great white shark where everything came together,” Chris adds. Luckily, there was no splash or wave that would hurt him or his gear, and he ended up with some remarkable shots of the great white. 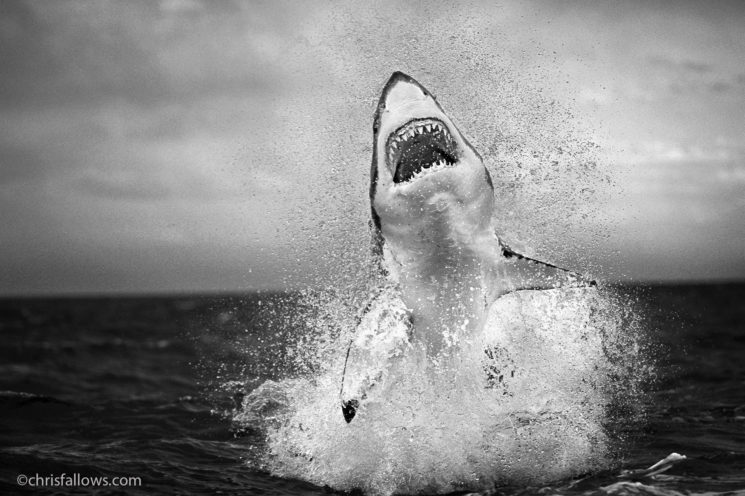 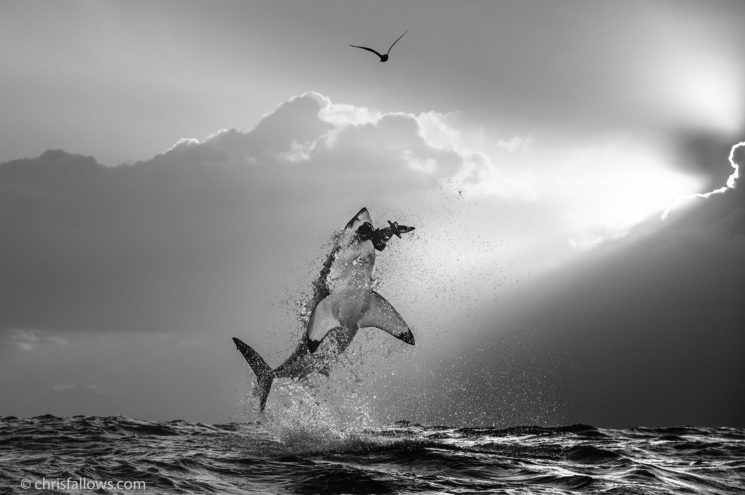 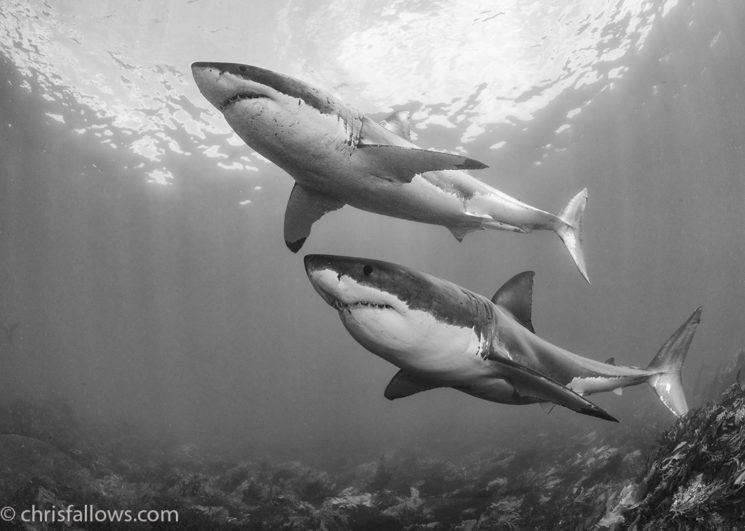 When Chris takes photos on the ocean, he relies mainly on his trusty Canon 70-200 mm f/2.8. It’s a very versatile lens, but it can be tricky to work with it due to the rocking of the boat and moving platform that he works from. He also likes using wide-angle lenses when the circumstances allow. Right now, his favorite one is 11-24 mm f/4. As for the bodies, he uses a Canon 1DX Mk II and a Canon 5D Mk IV.

But as a fine art wildlife photographer, Chris has a versatile portfolio featuring all kinds of wild animals. The Cape Town-based photographer fell in love with animals when he was only two years old. Growing up, he found his passion for photography, and he uses his art for a good cause. He raises funds through sales of his work to purchase land in Africa for habitat restoration, community involvement, and protection of wildlife. With his wife Monique, Chris has visited hundreds of remote locations around the world photographing wildlife.

Before taking the photo, Chris thoroughly plans every detail he can.

“When I choose a destination to photograph all of these considerations comes into play in terms of the season I visit, the behavior I aim to capture and the degree of flexibility I have to spend inordinate amounts of time alone with my subjects waiting for all the ingredients to come together. Whilst you plan meticulously to bring the pieces of the puzzle together, to create a work of art, all the animals I work with are wild and you are in the hands of the gods as to whether your plans come to fruition.”

However, Chris’s motivation goes far beyond merely taking a photo. “It is my aim to tell a story about each of my subjects and have the works create a connection with my audience,” he tells DIYP. he also wants to inspire young people through his images to protect and conserve wildlife for their and the planet’s future.

Take a look at more of Chris’s photos below, and you can check out more of his work on his website, Facebook, and Instagram. He also has prints available for purchase, with a part of funds going towards various non-profit organizations involved in conservation. 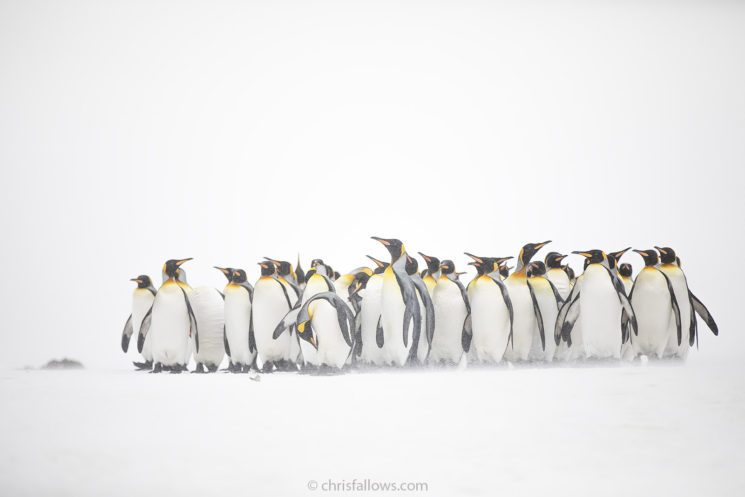 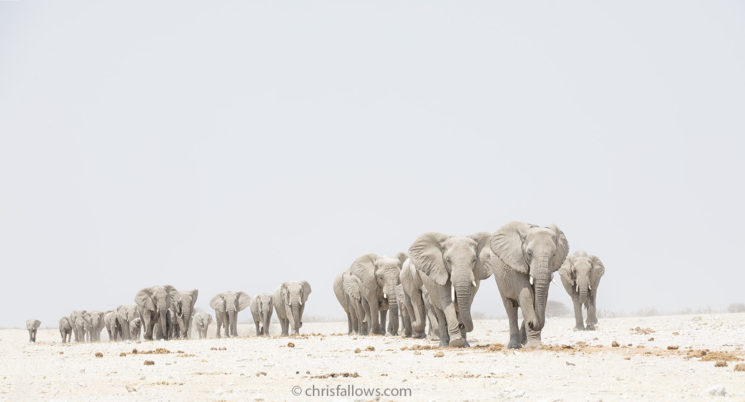 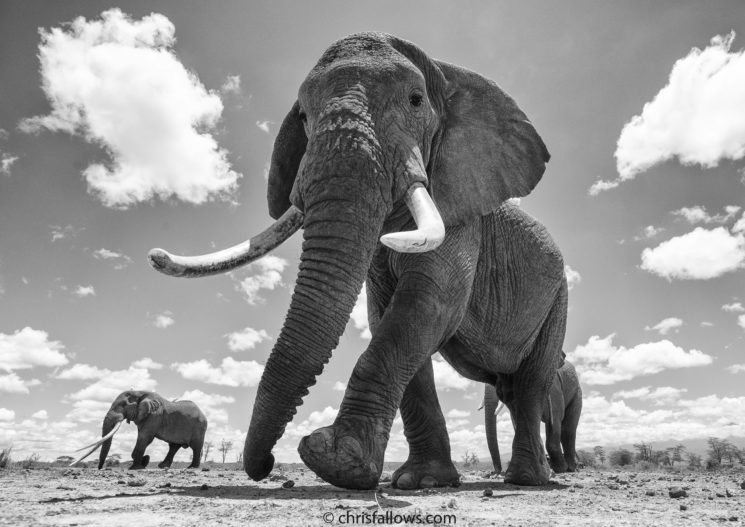 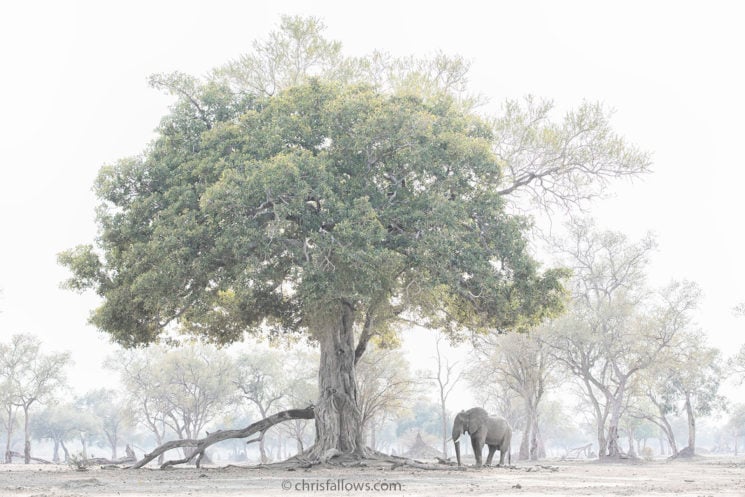 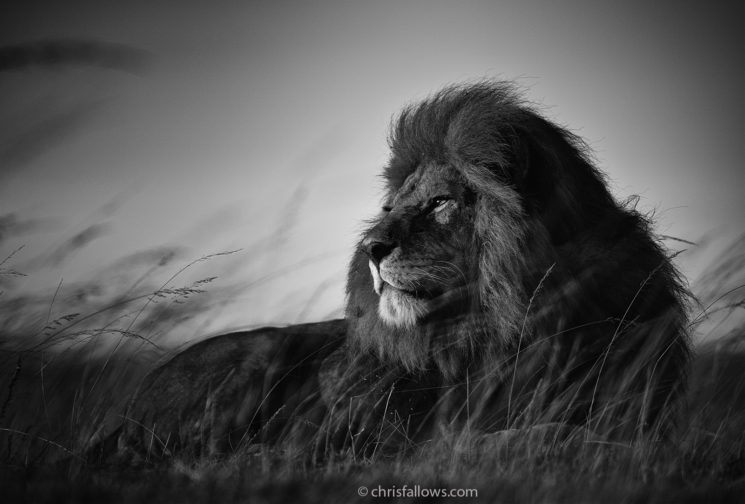 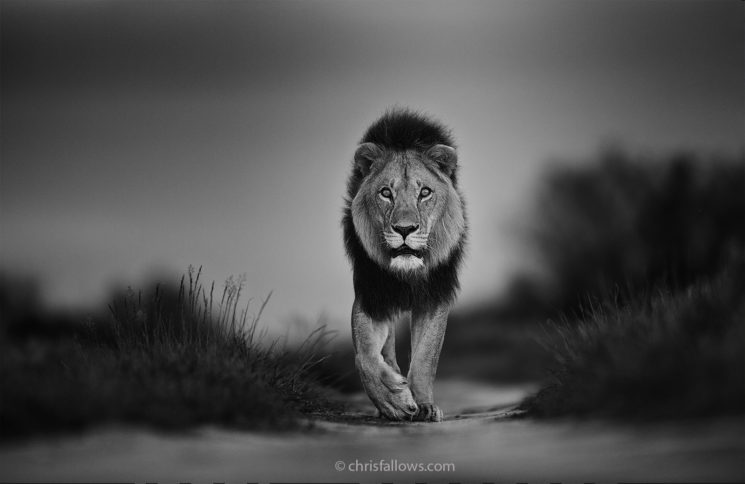 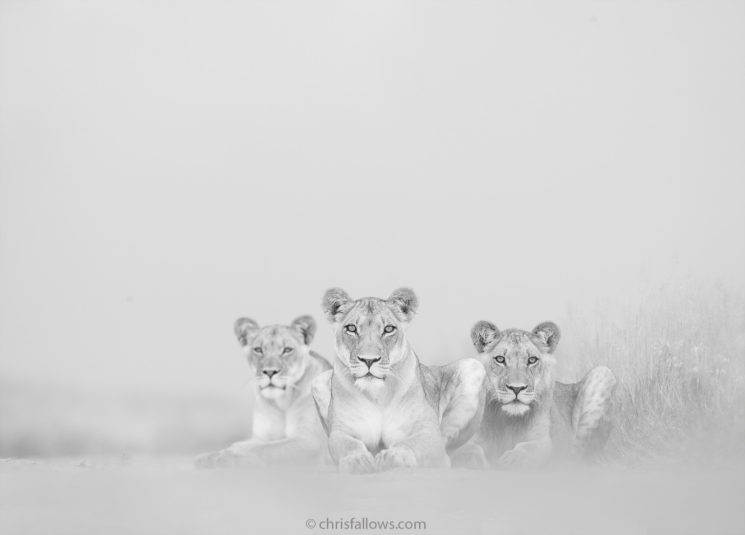