Let’s welcome back monthly columnist Nevada McPherson as she shares with us “Novel Revisions: Cakes and Pies.” Enjoy!

At long last, I’m finally in the process of completing the rough draft of my novel.

I feel like I’m hitting the occasional wall but for the most part I’m hurtling toward “the end.”

As I read through, I find some parts are overall how I want them and others are still in a chaotic state of flux.

I know I’ll have my work cut out for me on the revision(s), but feel I have to get to a point of calling it a complete rough draft and printing it out before I can really go to the next step.

I remember being at the Austin Film Festival years ago and seeing a panel featuring filmmaker Paul Bartel and some other writer/directors, as well as Greg Beale, director of the Nicholl Fellowships in Screenwriting. They were discussing the writing process and how often one version of a work-in-progress blends in with the next as writers seek to complete a project.

Paul Bartel said, yes, but “every so often, you print one out and that’s a draft.”

So, when I’m finished with the short list of scenes I have left, I’ll print this out and it will be an actual rough draft.

This rough draft will be incredibly long, so I’ll no doubt have to cut, cut, cut.

If, as some say, the rough draft is a way of telling yourself the story, I’ll now have to go through a rigorous editing process known as “killing your darlings” where even when you like (or love) a line, scene, or character; if it’s not integral to the story, it has to go.

This is where you can delete it or put it in a notebook for future reference, if you so choose.

As I’m currently cutting a scene here and there, I have a file for “outtakes” where I paste scenes that I’m not using now but want to have them all together in case I need to refer to them for any reason.

Novel Revisions: Do Your Scenes Have Enough “Cakes and Pies”?

One thing I’ll consider as I go through my first revision is which scenes have enough “cakes and pies” to keep the story moving forward and keep the reader engaged.

In these shorts, there’s often a fancy dinner or cocktail party with a lot of swells, and the Three Stooges find some way to crash it posing as guests.

One delights at the sight of cakes and pies being brought out of the kitchen because one knows that soon a pie will be thrown in someone’s face, then cakes and more pies will start flying, cracking the façade of propriety and pretentiousness and leading to complete chaos and utter mayhem.

These are things that will create chaos and utter mayhem for my characters, forcing them to take action and to make choices they would rather not have to make.

These are things that lead to their transformations and that help me to learn new things about human nature and about myself, so the more cakes and pies, the better. 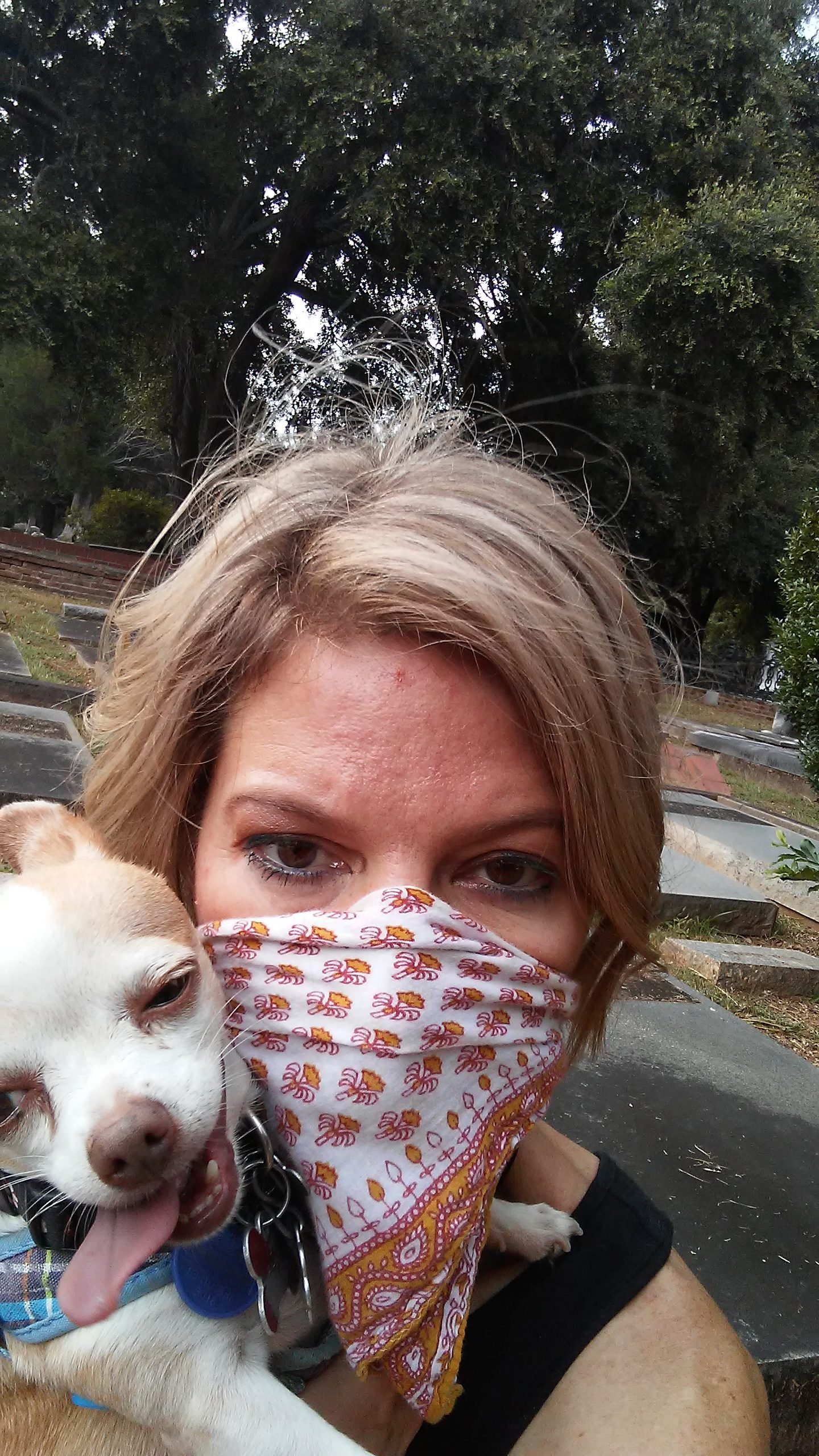 Nevada McPherson lives with her husband Bill and rescue Chihuahua, Mitzi, in Milledgeville, Georgia, where she is an associate professor of Humanities at Georgia Military College. Nevada received a BA in English/ Creative Writing and an MFA in Screenwriting from Louisiana State University-Baton Rouge. She has written over a dozen feature-length screenplays, plays, short stories and the graphic novels, Uptowners and Piano Lessons. Queensgate, a multi-part sequel to Uptowners, is her third graphic novel. Queensgate Part 2 is now available on Amazon Kindle. For more information, visit www.nevada-mcpherson.com.